Click Here to Learn More About the Conference and to Register 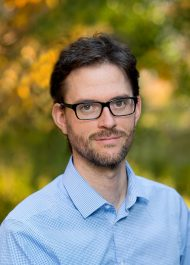 In April of 2006, Rev. Patrick Kennedy was consecrated into the priesthood in Chicago, Illinois. Prior to attending the seminary in Stuttgart, Germany, Patrick studied and worked in the field of Early Childhood Education and received his bachelor’s degree from the University of California, Santa Cruz in Cultural Anthropology. His first sending as a priest was to the congregation in Devon, Pennsylvania. From November 2007 to November 2015, he served as the resident priest in the Washington D.C. area congregation. He now lives in Chestnut Ridge, New York, with his wife and two daughters.

THE BAY AREA CENTER FOR WALDORF TEACHER TRAINING IS APPROVED TO OPERATE IN THE STATE OF CALIFORNIA BY THE BUREAU FOR PRIVATE POSTSECONDARY EDUCATION (BPPE) WITHIN THE DEPARTMENT OF CONSUMER AFFAIRS. BPPE APPROVED INSTITUTIONS ARE REQUIRED TO POST SPECIFIC DOCUMENTS ON THEIR WEBSITES. Approval to operate means compliance with state standards as set forth in the Education Code.

Full-member institute of the Association of Waldorf Schools of North America.